Home / About Our Church

The History of Faithway Baptist Church 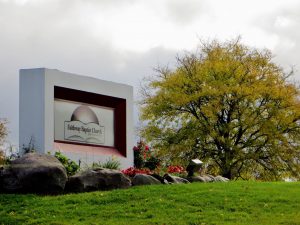 In the early 1940’s, a small rural church was established on Snow Road in the community of Rawsonville, Michigan. It was in 1964 that God called Dr. James O. Phillips to become the Senior Pastor of the church. It was under the ministry of Dr. Phillips that the church grew and expanded. In addition to the growth of the church, Dr. Phillips had a burden for the next generation, which produced a vision for Christian education and resulted in the establishment of Faithway Baptist Schools (1971) and a Bible College (1974). The Lord used both of these ministries to impact lives, as many of the graduates of the school and college went into vocational ministry, while others have faithfully served as lay members in Bible believing churches.

In 1984, the Lord took Dr. Phillips home to heaven. In the spring of 1985, God clearly directed our church in calling Dr. Eugene Graham to become the Senior Pastor. He continued the vision of his predecessor for Christian education. His wise stewardship and determination brought financial stability to the ministries of the church. In 2000, the Lord took Dr. Graham home to be with Him. Prior to his death, Dr. Graham had the foresight to bring on staff William Phillips (son of Dr. James Phillips), making for a very smooth transition for the church when Pastor Phillips was asked to become the Senior Pastor in 2000.

While Pastor Phillips carried the same vision and heart’s desire for the ministries of the school and college, he loved the church ministry more. He was used of God to lead the church through some very difficult but necessary decisions when the members of the church voted to close the college (in 2003) and Christian day school (in 2005). After serving as Senior Pastor for more than seven years, he was led of the Lord to seek a new ministry in Wisconsin in August of 2007. In July of 2008, God led Pastor Scott Estell to become the current Senior Pastor of Faithway Baptist Church.

"Spreading God's Fame for The Sake of His Name By Making and Maturing Disciples Through the Ministry of His Word. "

Faithway focuses on the future, we look forward with anticipation to what God is going to do through our church. The church currently meets in a 46,000 sq. ft. building located on the corner of Packard Road and Rosedale Avenue in Ypsilanti Township. We believe that God has providentially placed us at this location to reach the surrounding area, including the students of Ypsilanti High School and Eastern Michigan University.

I Am New Here

What Should I Expect? 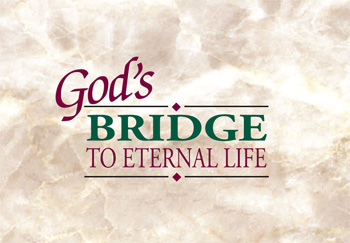